I know I have mentioned before that I'm a huge fan of Indonesian food. So it's no surprise if I found myself being attracted to such places like two sides of a magnet. But unlike my other posts, this is not about Javanese or Bandung food but this time it's all about Padang food.

For those that are not familiar with padang food, it's actually comprises a selection (actually, a large selection to be more precise) of dishes that's usually eaten with rice. Available dishes such as Dendeng Daging, Gulai Ayam, Kari Ayam, Tempe and other local as well as authentic padang food are usually pre-cooked and on display for your choosing pleasure. There's actually a padang food restaurant previously opened at Tawau but due to the lack of customers (which was baffling since the food was actually quite good - didn't have a chance to review them) it has sadly been closed up recently. So now the only place for me to get some good padang food is this place, which is situated at the well-known Jesselton Point (the somewhat legendary jetty of KK).

The restaurant is appropriately located by the jetty, overlooking a spectacular view of the open sea and the small islands nearby. We were there during the Christmas holidays so we even spotted a Santa (yes, a dude wearing a Santa suit) coming out from a ferry, assuming he's from one of the islands (since the islands also houses a few high end resorts). Food wise, we had a slew of dishes (sorry, can't specifically remember what we had) and I'm extremely satisfied with their delicious offerings. What I do remember vividly was their tempe (my fave!) and their begedil (again, a top choice) which was awesome and very tasty. 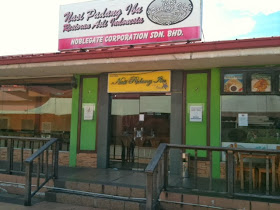 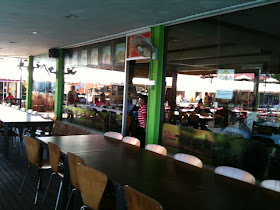 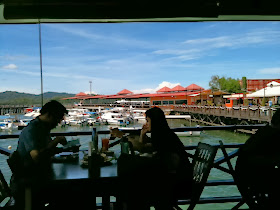 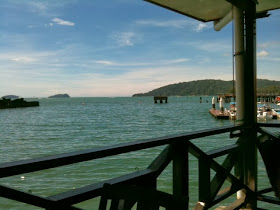 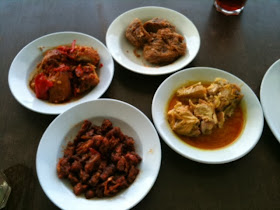 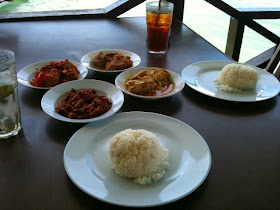